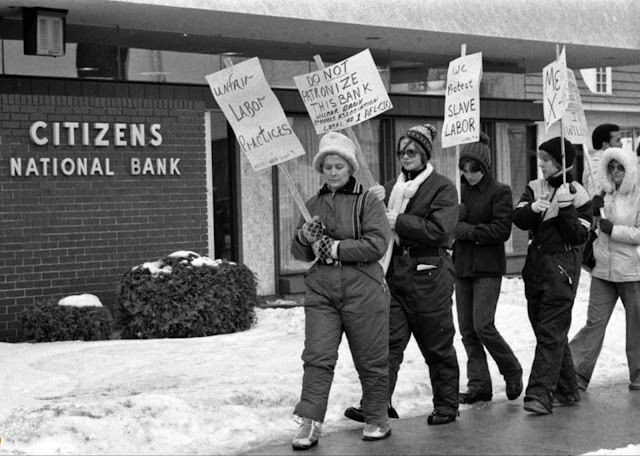 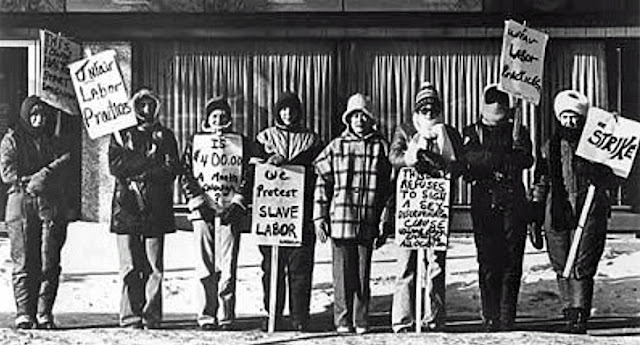 In 1992, singer/songwriter Ann Reed wrote Heroes, a song that has been one of my favorites since then. Here’s what she said about heroes in that song:
Heroes
Appear like a friend
To clear a path or light the flame
As time goes by you find you depend
On your heroes to show you the way 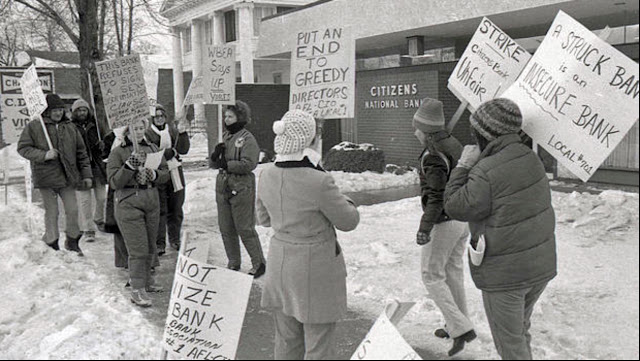 Also known as The Willmar 8 [pictured in the three photos above], they went on strike against the bank they worked for in the small town of Willmar, Minnesota on December 16, 1977. That’s when negotiations broke down, failing to soothe their dissatisfaction with making nearly $300 less, weekly, than their male counterparts.

The almost two-year strike received national attention, turning the spotlight on the continuing pay inequity women suffered despite the Equal Pay Act of 1963, guaranteeing the right to equal pay for women. Their courageous stance sparked a national conversation that eventually benefited women, who came after them.

Forty years later, pay equity is still not a reality for women in the United States. In 1977 women earned 59-cents for every dollar men made. Today women make only 79-cents for every dollar men earn. In my opinion, that’s not adequate or acceptable progress. It is my deep hope that many of Willmar 8’s beneficiaries will continue the conversation these heroes began when they first cleared a path and lit a flame.